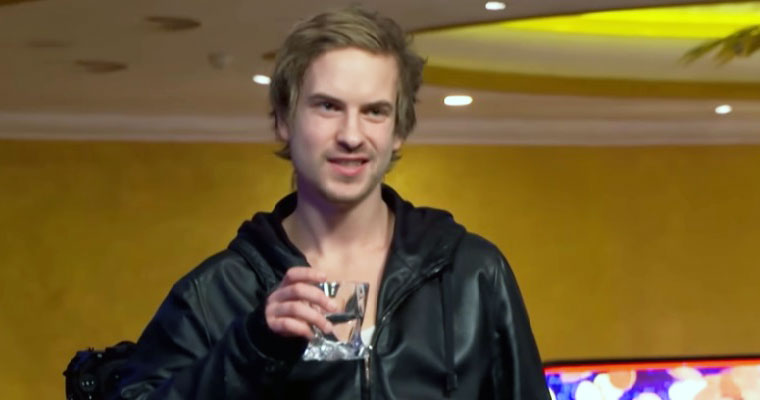 The poker biography of Viktor Blom aka Isildur1 definitely deserves close attention for many reasons! Both because of his legendary upswings and downswings, which have sometimes made him rich and (almost) broke within a couple of days, or even a day; and also because of his playing and learning poker styles, which really have made him so different from many other professional poker players. And, of course, because of his huge popularity in the world of poker as well!

At the very beginning of Isildur1 story, it was his elder brother Sebastian Blom who first taught Viktor to play poker when the latter was 14! They used to play heads-up, NL Hold’em. Viktor would later teach his classmates, and they played at school during lunch. Viktor and Sebastian checked in an online poker site for playing MTT, finished 5th, and won the first $300. Soon afterward Viktor created his own account for playing online poker — “Blom90.” Even though he was still a 15-year-old boy, he won over $250,000 playing micros at various sites.

It was decided to consolidate Viktor Blom’s poker wins in one bankroll, in order to play at higher stakes; but this attempt failed, as he quickly parted with the money. He managed to accumulate another bankroll of $50,000, but this one ended up sharing the fate of the previous one after Viktor had played high buy-ins Sit & Go. But his third bankroll worked better. He accumulated $10,000 and decided to use it mainly for heads-up NL Hold’em. And this did work pretty well. In two weeks, he moved from playing $1/2 to $50/100!

After a while, he deposited $2,000 on the Ipoker network, which was owned by the London based company Play Tech. His nickname was Blom90 back then. It happened on January 1, 2009, when he was 18 years old. And just three weeks later, Blom90 would turn his $2,000 into $1,5 million. How did he do that? No magic wand; just playing heads-up at no limit tables!

This story was widely discussed. A young Swede phenomenon, playing under the moniker of Isildur1, whose identity had not yet been revealed, had already become a sensation, popping up from nowhere and fearlessly challenging the very best online players! 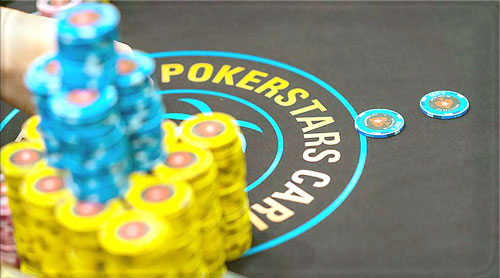 He appeared on Full Tilt Poker in September 2009. Having challenges Haseeb Qureshi at the $100/$200 stakes, he won about $0,5 million in an epic 24-hour session. In October Isildur1, inspired with his success and perhaps slightly overestimating his skills, challenged famous pros — such as Brian Townsend, Cole South, and Patrik Antonius and quickly lost about of $1million.

But then he won about $2 million back from Brian Townsend and Cole South and checked in for six $500/$100 tables simultaneously, which must have been a costly strategic mistake. But in the beginning it was going well — when he got Tom “durrrr” Dwan, he had won from a record sum of $5 million in a week. At the same time, he had also won about $1,6 from Patrik Antonius.

But his next opponent, Phil Ivey, a famous poker professional, gave Isildur1 a heavy whooping. Isildur1 was multi-tabling against other players, which was no good for him as his attention must have been distracted too much; and he lost about $3,2 million to Phil Ivey in about a week.

Then Patrik Antonius challenged Isildur1 in Pot Limit Omaha, and Isildur1 unwisely agreed, obviously overestimating his chances — because back then, he wasn’t as good in Omaha as in Hold ’em. This mistake cost Viktor about $3 million in just 24 hours. There were several monster pots changing hands during that sick session, but the biggest ones were sent to Antonius, including the biggest pot ever — a real monster win of $1,4 million! However, on the next Viktor managed to regain a lot of ground, having won about $2 million back.

Ilari “Ziigmund” Sahamies would later comment that if Isildur1 was playing nine tables simultaneously against such players as Patrik Antonius, Phil Ivey, and Tom Dwan, he must be missing a chromosome! But actually, this strategy, if it was indeed a strategy, did not work.

December 2009 was catastrophic for Isildur1! In this 5-hour nosebleed session, he lost $4,2 million from Brian Hastings. Later on, Hastings would spill the beans about his teaming up with his friends, Brian Townsend, and Cole South, and using illegally-collected hand data. The three players collaborated to help Hastings gain an advantage over Viktor Blom. Though Full Tilt softly penalized Hastings for that kind of cheating, Viktor Blom was very disappointed and left Full Tilt — however, for not so long.

In 2009, Viktor Blom also played at WSOPE No Limit Hold’em Championship, the main event. Despite being a chip leader with about 240k chips, but then he blew it all away to Ian Munns in one incredible bluff — and believe it or not, the video of this epic fail is still pretty popular on YouTube!

In 2010, Isildur1 only played several times at Full Tilt Poker, with no success. Later on, in December, he signed a sponsorship deal with PokerStars, and soon afterward his true identity was disclosed to the public — however, there have already been some allegations that this young Swedish poker troublemaker Isildur1 was actually Viktor Blom. Under the contract, he was involved in Superstars Showdown, challenging players to play heads-up at four tables. The stakes were to be no lower than $50/100, and the total number of hands to be played was 2,500! And Isildur1 was quite successful here. 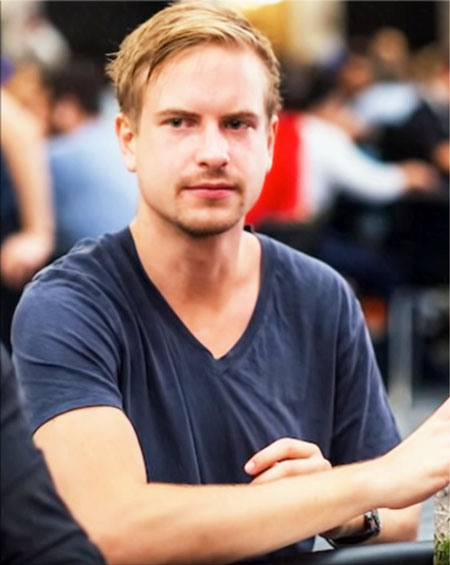 Slowly but surely, Viktor Blom began to participate in live tournaments more actively  — perhaps he still remembered his bluffing fiasco against Ian Munns in 2009? Having adjusted his playing styles and considerably improved his skills in poker games, he was quite successful. He even won the $100k Super High Roller event for $1.2 million in January 2012!

Since he moved from PokerStars in 2012, his sponsorship contract has already been over for quite a while now, and so he is free to create accounts on different playing networks. There have been rumors that he was playing on the Microgaming network in 2016, using a new nickname: “Hrskar!”

Of course, Viktor Blom kept on swinging high and low, winning $3.5 million on PokerStars and losing$1.75 million on Full Tilt in 2015! But he doesn’t seem to be a dedicated online grinder anymore, taking big breaks, sometimes for months.

While at the beginning of his game biography, No Limit Hold’em was his main stomping ground, he quickly progressed in other poker games; and this eventually allowed him to win $2,100 buy-in HORSE Championship in 2017.

Isildur’s poker biography is still being written, and we believe that Viktor Blom’s net worth is eventually going to increase. Knowing Viktor Blom and his outstanding “poker IQ,” we can reasonably assume the new chapters of his bio are going to be very interesting to read in the years to come!