Poker is one of the most popular casino games for real money, and it first captured Viktor’s attention at the age of 14. He played it for fun with his school friends. Back then, the group of dreamy teenagers was inspired by the stunning success of the Internet poker player Chris MoneyMaker, who crashed into the WSOP tournament back in 2003 and then became the winner.

Blom’s brother helped his sibling to make the first step into the world of online gambling; setting an account on PokerParty.com, where Viktor practiced under the name of Blom90. Taking risks and placing high bets, he managed to get up to $2 million in a fortnight using a deposit of $2000. However, he stopped any activity on this website, so he could search for a better platform to play.

By the age of 18, the young punter introduced himself to the Full Tilt Poker, using the nickname Isildur1. For a long time, his true identity was kept a secret. Blom gained a reputation for being an aggressive and rough player. Spending over 15 hours per day, Viktor has increased his bank significantly enough to bet against such titans of poker as Tom Dwan, Phil Ivey, and Patrik Antonius. Because of that, Isildur1 has appeared in the spotlight of the world poker news, becoming the most googled player of all time.

The history of online poker will never forget the legendary game between Isildur1 and Tom “durrr” Dwan back in 2009. Tricky Swedish high-roller solely drained Dwan’s bankroll during his weekly run in online poker, cashing out up to $6 million in the end.

Nevertheless, luck turned its back on Blom during the No-Limit Omaha, causing him the largest loss in the history of online poker. Isildur1 lost $4.2 million in total during the game against Brian Hastings. However, as it turned out, the latter benefited from the help of other players, who leaked some information about the strategies of his rivals.

In addition to that, Viktor “Isildur1” Blom proved how reckless he can be during his games against Phil Ivey and Patrik Antonius, which he led simultaneously. He lost it big, limping into the $1,356,946.50 pot when he waged against Antonius. This is considered to be one of the largest sole cash games in the entire history of online Texas Holdem tournaments.

Phil Ivey was stunned by the ruthless young player and called him one of the most interesting competitors he had ever shared a game with. Even though his reckless betting led Blom to frequent losses, his style became his master signature.

When Blom was about to fold his career, he was offered a sponsorship from PokerStars to participate in No Limit Hold’em and Pot Limit Omaha in 2010. This real-life venue, called “Superstar Showdown,”  disclosed Isildur1’s identity; and since then he has often been offline. This happened in 2010 – the calmest period in Blom’s career, until he was announced to participate in Team Pokerstars Pro of the aforementioned poker tournament. The battlefield placed on four tables was opened to anyone with a minimum of $50/$100 stake games and 2,500 hands.

Later on, Viktor “Isildur1” Blom was to win his first offline competition at the Pokerstars Caribbean Adventure in 2012, snagging $1.25 million in the $100,000 Super High Roller. The same year Full Tilt Poker decided to reboot its brand by financing Blom, Dwan, and Hansen, but customers were not supportive of the idea in the long run. To cut a long story short, Viktor Blom was left on his own again! 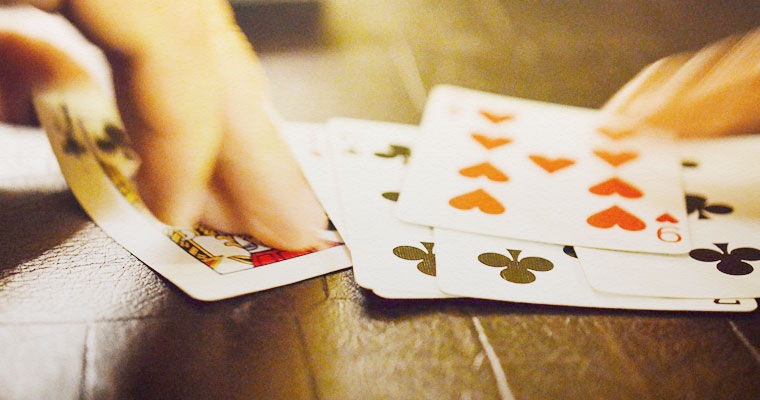 The list of the wins at the real-life tournaments expanded since 2013. Throughout 2013 and 2017 Viktor “Isildur1” Blom won 4 SCOOP titles and one WCOOP title. Blom’s total live tournament cash is estimated at as high as $3 million. This distracted him from the task of active online performances, and he gradually moved up to the real live gambling, visiting tournaments all over Europe and swinging between Sweden and Britain.

So Where Is Isildur1 Right Now?

Nevertheless, it is hardly possible to catch a glimpse of Blom play at live venues, as he has recently gone into hiding. The last known huge appearance happened during the partypoker MILLIONS Germany Main Event in February 2018 at the King’s Casino in Rozvadov.

Facing a 9-1 chip lead of his Moldavian competitor Pavel Plesuv, Viktor hit back, equalizing the stacks before the final hand. Both punters had pretty good chances to win, with Plesuv holding a pair of queens and Blom a pair of kings after the queen-nine-king flop. When the ace of diamonds on the turn came out, Plesuv was left without a flush. The river made it worse with five of hearts. But the Moldavian player didn’t step back, going all in. Bluffing about having a straight or flush, he couldn’t convince Blom and the latter made a historic call with second-pair and no kicker. This resulted in almost a $1 million win.

Nobody really knows about the future plans of the poker star. Facts about his private life are quite mixed up and the whole picture of it consists of various puzzles. At the start of his poker career, Blom was rumored to have bought a $1 million flat somewhere in Sweden.

Isildur1 now resides in a small town somewhere in Sweden that he won’t reveal. This calm place keeps him from partying a lot and helps to concentrate on the game. According to Blom in some interviews, his silence helps him analyze flaws in the game while enabling his brain to generate new strategies and tactics. An interesting fact is that this online poker star doesn’t use any special software for this and mostly fiddles with ideas in his own brain. He quit partying a lot, even though he is always a welcome guest at the majority of summer parties in Sweden and nightclubs in London.

For the last two years, he was spotted in London for a couple of times. He didn’t play big and was enjoying his time at the Open London Main Event. The loose atmosphere of the capital city helped him to relax and just go with the flow. Blom expressed a lack of interest in online poker, stating that it has been rather slow during the past few years. He tried to perform there several times, but the pace was rather sluggish. When giving an interview to the journalists, he confirmed that there were no major tournaments on his list; however, a year later we witnessed his comeback at the partypoker MILLIONS Germany Main Event.

There is no clear answer when and where exactly this legendary player is next going to show up, but his latest actions give us a hint that these might be some of the major venues in Europe. The questions: “What happened to isildur1?”, “Where is Isildur1?” and “What’s up with Viktor Blom today?” are still open for his fans, as he is generally so hard to catch!

Isildur1 2019 is no less successful — his latest achievement is the 2nd place in Rozvadov (WSOPE) where he has managed to win $5,424.