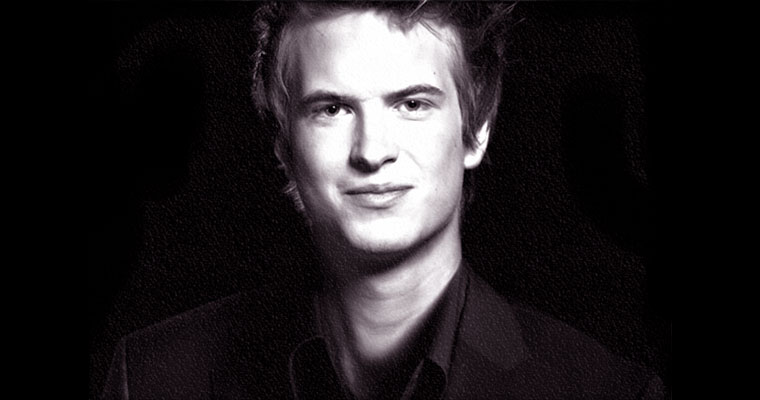 Viktor Blom, better known as “Isildur1,” is not one of those celebrities who want to expose their private life to the public widely. He is a very private person, who does not give away many personal details! But this is not because he has tons of secrets or deliberately avoids publicity, like he somehow has something to hide. It looks like he simply doesn’t pay any attention on what people know and say about him, and he is not very interested in talking about himself.

He must be a fan of fantasy in general and J.R.R. Tolkien in particular; as he seems to have taken his online moniker “Isildur1” after a fictional character from the books of this famous fantasy writer.

At first, this gambler did not want to reveal his true identity, having played under the name “Isildur1” for a pretty long time. Later on, he went on to explain that he just did not want all the popularity and publicity that goes with the territory of being a top gambling star — he had everything he wanted: living in a nice and expensive apartment, hanging out with his old friends and a girlfriend, so why ask for more? Besides, he just hates the media, as he’s already said.

Viktor Blom spent his early years in the countryside, in a rural area called Dals-Ed. He attended high school in Uddevalla (Västra Götaland Country in western Sweden). There, in Uddevalla, he started to play his first high stakes games on iPoker under the nickname of Blom90. 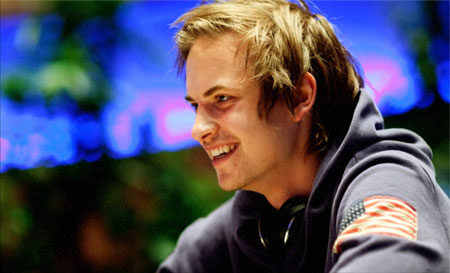 After finishing high school, he moved to Göteborg (Gothenburg), where his brother Sebastian lived. In fact, it was Sebastian who taught his younger brother Viktor to play poker. But it’s interesting to note that Sebastian has never been such an aggressive poker player as Viktor. On the contrary, he plays in a very conservative, restricted style.

In Göteborg, Viktor bought $1 million luxurious penthouse apartment on the main street of Avenyn. But soon he would sell it off in order to move to London. This decision could have been made for several reasons. Maybe the main thing was that gambling winnings are tax-free in London, and winning in high stakes poker games was definitely what he had in mind! In Sweden, the state takes in 30-50% of the profits that a player might earn at the tournament, which makes participation in high buy-in tournaments questionable.

Thus, at the age of 21, Viktor Blom moved to London. As he later confessed, living in London was not good for him: there were too many distractions, and he had been partying too much, which negatively affected his playing proficiency! Having realized this, he moved back to Sweden, where he now lives a much quieter life in a small town, far away from all the hustle and bustle and many temptations, and he does not party as much as before — but he still pays tribute to the “Midsummer” Swedish tradition of summer parties. However, back in Sweden, he sticks to a healthier lifestyle. As he says, this helps him to be better prepared for long poker sessions; and, in the end, this makes him a better player.

We don’t know whether Viktor Blom’s parents put pressure on him when he was young, trying to dissuade him from the idea of playing poker. But they certainly did not approve of it, as his mother, Catharina Blom, admitted that she was truly shocked about the very idea that millions of dollars easily change hands in poker every day. She and her husband, Tomas Blom, never played poker.

There were four children in this family: Viktor the youngest among them. And they are all home-bound kids. Even Viktor, when he lived in London, loved to come home for Christmas and eat the food his mom had cooked. And all the children in this family play poker as well! Sebastian, the elder brother of Viktor, even was an online poker champion in Sweden in 2016. Two sisters of Viktor and Sebastian also play poker, but just for fun. Indeed, they all prefer not to talk about poker at home.

While being in school, Viktor used to play soccer. He is still keen on this game. His favorite team is Chelsea — perhaps, he grew to like the team when he lived in London. And his Instagram account contains many photos of him and his friend playing pool. 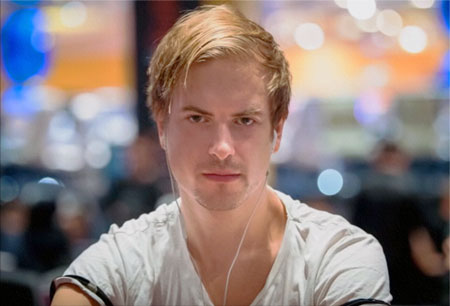 As Viktor said, he also plays poker for fun. For a majority of people, it is hard to imagine how winning and losing millions of dollars can represent some sort of fun. But many poker players have developed a certain disdain for money, which helps them easily part with money and, therefore avoid the stress related to it. Viktor Blom’s attitude is very specific — as he said, the money he wins and loses is not the money he earns; and it has no real influence on his life. Perhaps losing was never a kind of personal tragedy for him! However, we have already seen how deep his emotional reaction to winning and losing can be.

He is an introvert who really loves poker games; and of course, his family and friends as well! His personality is quite vibrant, and his lifestyle is totally different from his aggressive poker style. He has got a great sense of humor. People who know him would tell that he is a very sensitive person, who is both bright and kind, and very positive in personal communication. It is said that he sometimes plays online at lower stakes with his large host of fans.

What To Expect From Viktor Blom

Blom is not known for his scandalous behavior, love stories, car accidents, unreasonable expenses, verbal diarrhea to the media, wild emotional outbursts and so many other controversial incidents some poker and not only poker celebrities are famous for. He is just a different person. The only thing he is remotely likely to be spotlighted for is troublemaking in high stakes poker — and that is what should be expected from him in the future!

Some people say Viktor Blom is considering relocating to Malta due to high gambling taxes in Sweden. This might mean another big change in the private life of Viktor Blom, and it might even influence his decision whether or not to online grinding on highest stakes.