Viktor Blom became widely known in the world of Poker in 2009, when he started to play the highest stakes online against the best players like Patrik Antonius, Tom “durrrr” Dwan, Phil Ivey and others on Full Tilt Poker under the moniker “Isildur1.” His income was amazing; but soon after this, he entered one of the worst possible losing streaks, parting with everything he had earned; and beyond this, said to be $2 million in the red after he had lost about $4 million to Brian Hastings — although this involved some cheating from his opponent, which was widely discussed over the web.

The latest poker sensation’s rise and fall was discussed on nearly every top poker news outlet; ‘News’ is not enough. News outlet.he soon disappeared from the horizon; but not for long! He has signed a sponsorship deal with PokerStars, becoming part of a team of well-known sponsored poker professionals. He has also come back to high stakes online poker, appearing from time to time on live events. His gaming styles became more mature. No need to worry about all these all-time-ever record pots changing hands in heads-up poker duels Viktor Blom was playing were no longer the issue. However, his overly aggressive and perhaps too risky game approach still persisted. “Winning big and losing big” is still a part of Viktor Blom’s poker brand. 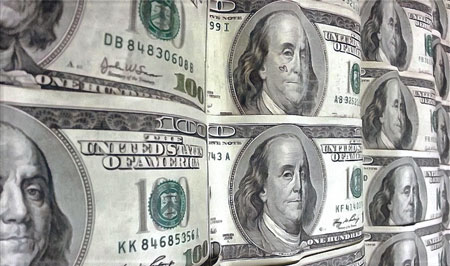 Isildur1 played at PokerStars for almost two years, only confirming his controversial reputation with his huge seven-figure upswings and downswings and enormous pots. He did improve his playing proficiency, especially at PLO; but taking into account his inclination to play the highest stakes possible, his losses were at least as big as his wins!

In the fall of 2012, he left PokerStars. Isildur1 left PokerStars and rejoined the reopened Full Tilt Poker. Here he just kept on going the same way, showing the sickest upswings and downswings. After an outstanding win of $5 million, he lost it all within a couple more months, with the same kind of performance later on. Then he quit Full Tilt and rejoined PokerStars again; this time using some somewhat safer playstyles and therefore better cash flow results.

He has also been relatively successful at some live events, including WSOP tournaments: his best success was 14th place in the 43rd Annual event, cashing $105,235. But he generally prefers to play online; most likely because during WSOP tournaments the best players are busy by the real felt, leaving virtual felts for the likes of Isildur1 to dominate.

Viktor Blom won his first major live tournament in 2012. It was the PCA Super High Roller event. In 2012, he won $100,000 Super High Roller event at the PokerStars Caribbean adventure, winning $1,254,400, which was the first live tournament he won. In 2013, he won SCOOP Main Event, earning more than $1 million. But he was one of the players who lost most in 2016, having lost almost half a million dollars; but he did improve by the end of the year. In 2017, he won the WCOOP title, this time competing in the $2,000 HORSE event. And in 2018, he won partypoker Millions Main Event in Germany, having cashed €850,000 and stunned the railbirds with an amazingly brave call against a clever bluff of his opponent.

What Is Isildur1’s Bottom Line?

Since he already has a lot of poker experience, his upswings and downswings are sick and wild; and as the software tracking the performance of professional poker players is still far from 100% accurate, it is somewhat difficult to estimate isildur1’s net worth. Neither it is easy to reliably judge whether his overall poker cash balance is positive or not. Viktor Blom’s net worth remains unknown. Some people say he is still in the red, owing money to several poker professionals from whom he had borrowed certain sums. Others would disagree to that, estimating him being a couple of millions in the green. So, is he rich or broke?

He must have also earned a lot of money due to his Full Tilt sponsorship deal — several hundred thousand dollars or so a year. Poker-King.com estimates his wealth as about $5 million. But since his sponsorship deals ended quite some time ago, he could well have played online under other monikers on other gambling sites, which might actually have resulted in a further run of winning and losing streaks. Thus, there probably is only one man who knows the exact state of Viktor Blom’s current bankroll; and this man is Viktor Blom himself!