Viktor Blom’s ways of playing poker are pretty unconventional. Even though many critics have been inclined to call him “too aggressive,” especially in the early years of his poker career, the reality is surely a great deal more complicated! There are so many factors a poker player must take into consideration, and only the player himself knows why this or that decision was taken. That is why studying the best hands that the best players have played has the potential to help us understand the logic of these players under certain specific circumstances, as well as the methods they use to weigh the odds.

Bearing this in mind, we have selected some lesser-known but still very interesting hands Viktor Blom has played and won, which of course, influenced isildur1’s net worth. So here they are!

This is the biggest pot Isildur1 and Tom Dwan played on the 2nd day of their epic heads-up match, where Dwan dropped over $3 million to the anonymous (back then) young player. The night before Dwan lost $1.22 million to Isildur1 and was fully resolved to regain at least some ground. Nipping on ahead (or back!), we should say that this attempt did not work out so well; as Dwan had lost $616,000 more that day; the pot sizes just seemed to be spinning out of control, as the two players became engrossed in combat, sometimes fighting at as many as ten tables at a time.

Viktor Blom lost his match against Douglas “WCGRider” Polk for $456,000 after winning about $110,000 from that very player at four $500/$1,000 CAP no-limit hold’em tables. Having switched to $400/$800 NLHE, Viktor began to lose — perhaps because there was no CAP to hold him back. But the next day, apparently seeking revenge, he managed to fully restore his balance with Douglas at the $400/$800 NLHE tables, and even to end up with a profit of about $1 million.

What was that? Learning your opponent’s ways and adjusting your own play quickly enough to fully reverse the course of the match? Or just one of many upswings? Who knows. But here is the $309,327 pot he won during this session:

Statistically, it was a classical coin flip situation, where Douglas Polk had 56.55% odds of winning this hand while Viktor Blom had 43.03%. But the flop they saw was 7♥2♣A♣, which had paired Viktor’s ace and improved his chances of winning to 91.21%. The 6♦ on the turn made it even worse for Doug Polk and further improved Blom’s odds to 95.45%. Now Polk only needed a queen on the river. Such things would happen, but not so often, just in 4.55% of the cases. The meaningless 6♣ finished Polk off and the $309,328 pot was shipped to Blom.

This was Viktor Blom’s biggest win in that match!

In this hand, he had played his cards quite prudently, making some well-balanced decisions. On that day he took $136,000 from Haxton but lost $27,000 to Tollerene.

Both Swedish players have a reputation for being “highly aggressive.” Here is PLO hand that was heads-up played out between these players at a mixed-game table. The blinds were $300/$600 with about 101 BB effective stacks.

Thuritz, whose hand was obviously marginal, completed from the button; while Blom raised to $1,800 as his hand looked pretty good, and he wanted to play for more money! His opponent called again. The pot grew to $3,600, and the flop fell A♠8♠7♣.

Blom flopped two pair with these cards. Thuritz was drawing for a ten-high flush. Therefore, Blom bet and Thirutz made the call, which had brought the pot up to $9,600. And here the 9♣ came for the turn, which was an action card, completing several straights and a flush draw, and drawing one straight for Blom on the river. Too risky to bet at this moment when there is a scare card on the board?

With the 8♦ on the river, Blom could have sworn his hand was winning! The odds were about 5-1. But Thuritz pushed all-in, sticking with his plan, although this decision seemed already quite questionable at this moment. With his full-house, Blom did not hesitate to call and won $121,200.

Viktor Blom’s matches against Russian pro Alex Kostritsyn were profitable for the Swede. The biggest pot was played in a heads-up $300/$600 PLO battle.

Now Blom tabled his A♣Q♣A♦10♣ for trip tens only made on the river. Kostritsyn mucked around without showing, and Viktor Blom finally got the massive pot of $261,672 that was sent his way. 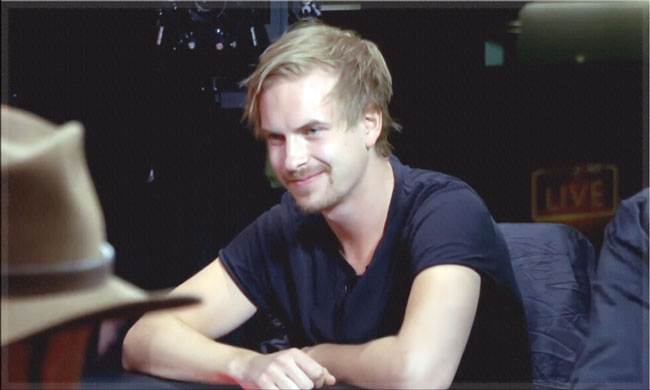 Laurie Tournier is a successful female mid-stakes poker player from Brazil. Isildur1 played with her for about 1 hour and a half, losing $109,700, with many big pots won and lost. The biggest pot in this heads-up was shipped to Isildur1.

You may find some information online about how Isildur1’s opponent was not  “laurie” Tournier but Laurens “lautie” Houtman (the Netherlands), a professional mid-high stakes player specialized in PLO. But it must have been Laurie Tournier that time.

Viktor Blom and Sean Rafael, a poker player from the US, played for more than seven hours on August 25, 2015, with 40 (!) big pots sent either way. Viktor Blom won the biggest one, and that is how it happened:

It was just an 80-minute heads-up match played at $200/$400 PLO tables, a part of a great day for Viktor Blom who had won more than $400,000. Here is the biggest pot played between Blom and Tollerene: 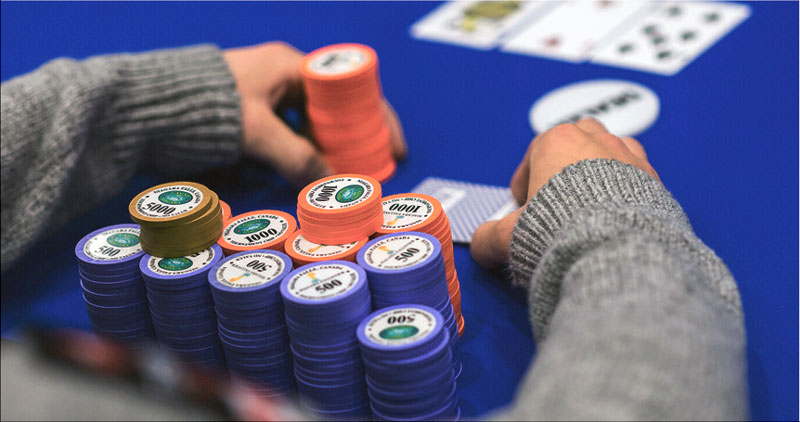 By now, BERRY SWEET was a tiny favorite as he had double-suited pair of aces and Blom had a single-suited one. And they ran the board twice.

Isildur1 flopped a pair of sixes with BERRI SWEET hitting three of a kind and winning the first 1/2 of $343,717 pot, and they chopped the second 1/2.

A Pure Luck, or Cards Well-Played?

As poker is a game of chance, a hefty dollop of luck is always helpful! But Viktor Blom has played millions of hands, which statistically might well have taken his luck to an average level — if such a thing as “average luck” even exists, of course. The winning hands he played do demonstrate some serious luck on his part, but he has at least got a high level of “poker IQ,” some penetrating intuition and constantly improving skills; and so, it is very interesting to analyze the way he plays his cards.