Formerly spelled PartyPoker, partypoker is an online poker room established in 2001 by PartyGaming. With its 80,000 logged-in players, it used to be the largest online card playing site until 2006. The acquisitions and mergers never damaged the popularity of the site, which still attracts many players. Users appreciate the selection of poker games offered: No Limit and Fixed Hold’em, Omaha and Omaha Hi/Lo, Seven-Card Stud and Seven Card Stud Hi/Lo. The range of the stakes from $0.01/$0.02 to $100/$200 attracts many different players — however, in 2012 partypoker eliminated its high-stakes games, leaving $10/$20 the highest stakes on offer.

The offerings of partypoker are indeed very diverse, including a broad variety of games and tournaments, with a capacity ranging from tens to thousands of players. One of their most successful projects is partypoker Millions Online; this game is taking partypoker to pole position in European poker.

Under the moniker of Blom90, Viktor Blom played at partypoker (PartyPoker back then) using the account his elder brother Sebastian had set up for him. At the age of 15, he was already a fearless poker fighter, taking risks when he was playing $530 sit-and-go tournaments, ending up winning about $275,000! But going on to higher and higher stakes eventually depleted his bankroll, leading him to take some rather long pauses in his early poker career — and this did happen several times in his early years, as we already know…

His last comeback to PartyPoker, when he reactivated his Blom90 account and deposited $2,500 after a one-year pause, was a big success — he earned over $200,000 in about two days and $1.7 million in two weeks. After this, he was rather less successful and soon left to find a new site. But he was soon to come back to partypoker, having matured a great deal; of course, his playing styles and tournament strategies have also matured as well!

Now, this is what you might call a “failure.” Viktor Blom finished 10th, taking home $59,053 — a good result; however, don’t forget that Jonathan Van Fleet from the Netherlands won the title and the prize of $1,027,000 — wasn’t it the trophy itself Viktor Blom was angling for? Wasn’t this the title he was going to be winning as soon as he possibly could? That is what we are going to see in the future. 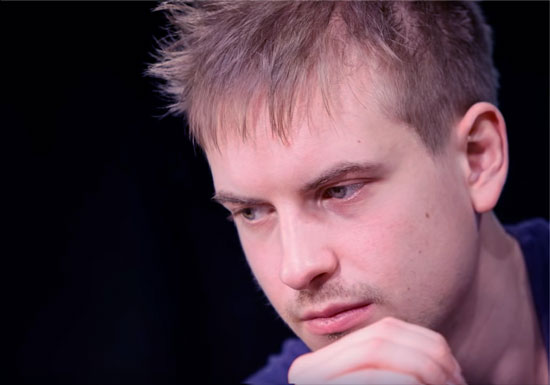 Viktor Blom participated in four partypoker events in 2018, which may be a sign of him paying enough attention to this gambling platform. Here is what he had achieved:

In 2018, Partypoker Million final table was the place where poker talent of Viktor Blom once again put him in the spotlight of worldwide attention. It was the €5,300 No-Limit Hold’em Main Event held in the biggest and most prestigious European poker arena — casino Rozvadov in the Czech Republic. The festival’s guaranteed prize pool was impressive €12.5 million, and the prize Viktor Blom took home was €850,000. There was 1,022 entries total, out of which number only 13 remained on the final day, and the eight of them who made it to the final table sat down in the following lineup:

Viktor’s opponent in the final heads-up was a poker pro from Moldova, Pavel Plesuv, who performed extremely well at this tournament. He made a deal with Blom before the final duel. The deal was to split the prize pool evenly (€750,000 for each player) and to play for €100,000.

During the exhaustive 14-hours-long final play, isildur1’s partypoker performance resulted in overcoming a huge 1:9 chip imbalance and grabbing both the title and the prize. The commentators mentioned how tired Plesuv was, and how relatively fresh Blom looked — perhaps due to his stamina, as he had spent many hours training himself in his extraordinarily long online sessions.

The pocket cards they had were:

Plesuv called Blom’s raise to 35,000,000 from the button, and the flop fell K♦Q♥9♥. Forty-five million bet from Blom followed, rightfully check-called by Plesuv, and they saw the A♦ for the turn. Plesuv check-called for 105 million. And here came the most interesting part of this hand as the 5♥ came for the river and the board was complete. Plesuv cleverly and bravely showed, his poker face calm and unreadable.

Blom tanked! The video captured his restrained facial expressions as he was weighing his options and chances. He shook his head several times, obviously not buying the story his opponent was going to sell. And then Viktor Blom called. This call was widely praised as “the call of the year,” and it was probably worth it: Blom’s two pair and a weak kicker won against a weaker pair and a missed flush draw, and he took both the prize and the title!

It was Viktor Blom’s second-largest win in live tournaments after the $1,254,000 prize he took home from $100,000 Super High Roller tournament at the PokerStars Caribbean Adventure in 2012. Perhaps we are going to see Viktor Blom more often in live tournaments: even though he may be an introvert who hates and avoids all that buzz and prefers to play online, he is doing all right at the real felt too!