Phil Ivey is an American professional poker player, who has already made his name and become part of world poker history. He is enjoying a very successful career, and has already won ten WSOP bracelets and one World Poker Tour title! In 2017, he was elected to the Poker Hall of Fame. He is 9th in the All Time Money List, with total live earnings of $26,267,283.

Viktor Blom, a reputed giant-killer in the poker world, could well become a worthy competitor to Phil Ivey. But since they normally compete on different poker battlefields, Blom is more often seen online, while Ivey tends to prefer live tournaments. So, it always seemed their chances of crossing swords were very low. 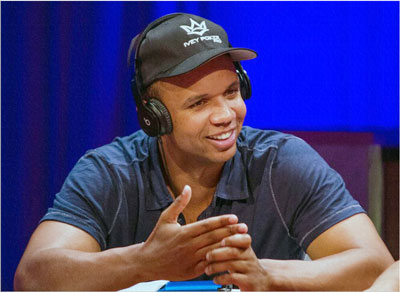 However, in November 2009, Phil Ivey found some time to play a game against Viktor Blom in a two-table heads-up $500/$1,000 no-limit hold’em match. The game was quite challenging; as Isildur1 always puts up a good fight, whoever he competes with. But that time, Phil Ivey was more successful than all the other top-class opponents of Blom, having won $900,000 from the Swede in three hours.

As always seems to be the case whenever Isildur1 plays poker, the pots were a bit too massive; many of them exceeding $400,000, and changing hands fairly often! Here is one such pot ($460,997), representing about a half of what Ivey won that day.

But we still remember the downswing of Isildur1 in the second half of November 2009 that immediately followed his upswing from the first half of November; this is when the sickest record-sized pots were played, and the very best heavyweight professionals were multi-tabled online! So what happened to isildur1? Perhaps that was a costly mistake of Isildur1 as the simultaneously multi-tabling Phil Ivey and Patrik Antonius at $500-$1,000 stakes turned out to be a challenge rather too hard for Viktor to handle. He lost about $3,3 million in one day. But he really wanted this challenge!

At the end of 2009, the story of the rise and fall of Isildur1 was widely discussed on every poker resource. Later, Isildur1 admitted that Phil Ivey was the strongest opponent he had ever played against.