Millions of people all over the world play poker for cash prizes, but there are not many high-level poker pros like Viktor Blom today. That is the reason why we often see more or less the same group of professional poker players in high-roller tournaments. Of course, they have all played with each other more than once. And this only increases interest in the tournaments among the public at large; as we often see a standoff between some old rivals who have had to learn a lot about each other in terms of manners, tactics, and styles. And they have yet to settle some old scores!

In this respect, the games between Viktor Blom from Sweden, aka Isildur and Daniel Negreanu from Canada, aka KidPoker, really do deserve some close attention. They are not only top professionals — but they have also made a significant contribution to the development of the game! But they usually don’t play the same tournaments Viktor Blom is more known as an aggressive and skilled online poker crusher; while Daniel Negreanu, a famous poker promoter and the owner of 6 WSOP bracelets, prefers live tournaments where he is regarded as one of the best players of our time.

So, a few examples of both individuals competing with each other are very exciting. Especially heads-up in online poker challenges, with many hands there to be played! 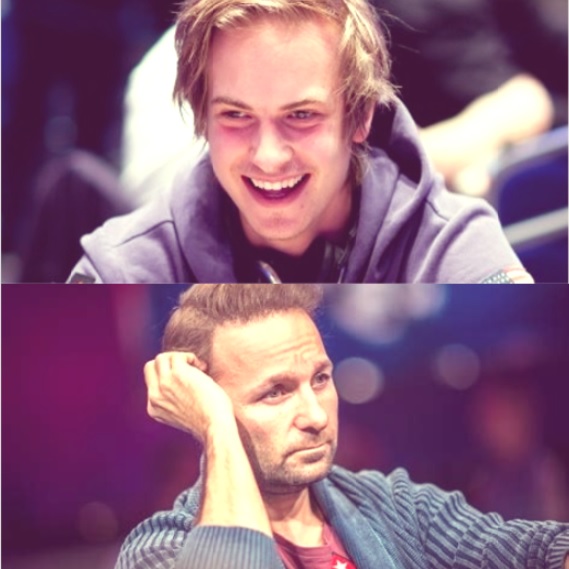 Daniel Negreanu has expressed a wish to play with “Isildur1” since the signing of the latter Poker SuperStar Showdown contract for PokerStars. The true identity of “Isildur1” was not revealed to the public in 2010. Only after December 2010, when he signed a contract exclusively with PokerStars, did the company finally lift the veil and announce that “Isildur1” was the young Swedish poker wunderkind Viktor Blom; who was 20 years old back then.

Daniel was looking for a chance to confront Viktor. But since Daniel did not have enough online and multi-table experience, he had to practice a lot. And on March 20, 2011, they played their first head-up game. It was the fifth event of the Superstar Showdown. Before that, Isildur played 4 such duel challenges, having won 3 times (Antanas Guoga, Daniel Gates, Eugene Katchalov) and only lost once (Isaac Haxton, his first game).

The rules for this game Viktor Blom and Daniel Negreanu agreed in advance: four tables of $50/$100 heads-up, no-limit hold’em for 2,500 hands. As the battle was scheduled beforehand, many fans watched the game online, live on PokerStars. Everybody expected a tough competition.

But the duel turned out to be one-sided! Isildur flayed his opponent in just 1,439 hands, having taken his bankroll of $150,000. This raised Blom’s credentials to 4-1 at Superstars Showdown. His victory was so crucial that some people already doubted that Negreanu would come back for the rematch that was scheduled for March 27.

However, the match on March 27 looked like a continuation of the March 20 nightmare. As Negreanu later confessed, he smashed everything in the room! Everything seemed to be continuing as before. Playing about 1200 hands, Viktor Blom rose about $120,000. Negreanu’s fans were watching him move straight on to another failure. Indeed, there was little hope left of winning by now!

But at some point, the variance changed in Daniel’s favor, and he started to recuperate. However, there were not so many hands left for this late winning streak of Negreanu to bear more fruit than $26,500 profit in this rematch.

“What surprised me most in the first match was that he was way more solid, and he had it way more often than people would expect.”

“Isildur is incredible. I hope to do a training lesson with him one day. He’s the best.”

That was what Daniel Negreanu said later on, making sure to give Viktor Blom his fair share of credit for the match! 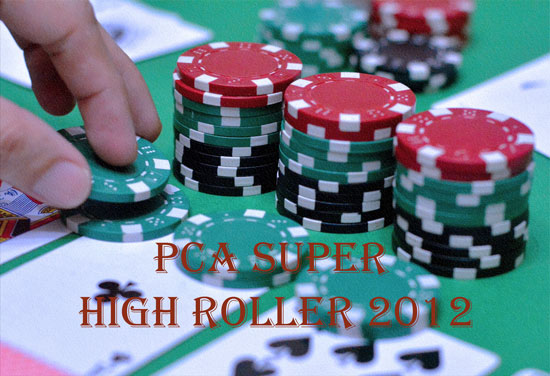 And it was Viktor Blom who had put Daniel Negreanu 5th, eliminating him with a pair of pocket eights (8♣8♠) against ace-king (A♠K♥).

Although online tournaments are known to be Isildur’s realm, at WCOOP 2016 Negreanu still managed to defeat him. In fact, it was Negreanu’s very first WCOOP. After winning, he tweeted: “Played exactly one WCOOP event and won it!” So, let’s find out how it happened.

Event #71 was $2,100 H.O.R.S.E. Championship. There were 113 players with 34 re-entries, with a total of 147 entrants, and a prize pool amounting to $294,000. After Day 1, there were only 40 players left. The fight was really tough and dramatic, and many strong players were eliminated on the way to the final table. Eventually, the line up of the final table was the following (seats ##1-8, chips in parentheses):

More players were eliminated over the following rounds, in line with the H.O.R.S.E. format. This left us all with the following head-to-head challenge (chips in parentheses):

This advantage of almost 3:1 for Negreanu in chips was a very important factor for this heads-up. The players wished each other good luck and the battle began.

But the real fight did not have a chance to happen that night. The variance was on Negreanu’s side from the very beginning, and Viktor quickly found himself on the ropes, and not really able to do very much. He was down to three big blinds. The chips were in preflop, Blom having a weak hand of 6♠9♣ and Negreanu a strong one of K♣4♣. The board was 8♣A♦10♥K♠A♥, and it ended up giving Negreanu a pair of kings. And that was his winning hand, which enabled him to add a WCOOP title to his credentials, while also giving him a cash prize of $61,865.47!

But this result should also be considered a pretty satisfactory one for Viktor Blom as well! He came in 2nd, bringing in a good amount of $48,112.18. And he was 2nd after Daniel Negreanu — one of the best professional poker players in the world, who has got $39,830,194 total live earnings, thereby occupying the 2nd position in the All Time Money List. It is worth mentioning that Viktor Blom is ranked 502nd in this list, with some live earnings of $1,254,400. So this was a good outcome for him, both in terms of finance and prestige.

But still there was a small hitch. This event # 71 was the $2,100 H.O.R.S.E. Championship, and it was an online tournament. Supposedly it was Viktor Blom’s wheelhouse, but he still didn’t manage to win the tournament! And that was exactly the pill of plenty he wanted; because all the other positive moments were only pill sweeteners.