Viktor Blom’s poker strategy and a style of playing is a subject that is discussed quite a lot. There are many words we could use to describe his poker techniques. Some people call him brave and fearless. Others would argue that his decisions are often controversial, involving too much risk, and his style is overly aggressive. Some other people who would say that Viktor Blom is just a tyke who plays poker like a degenerate and that too much attention is paid to this uneducated poker ignoramus. So, where is the truth?

At such game of variance as poker, it is always easy to say that if someone wins it is just because of pure luck, and if he loses it is only because he got what he deserved from being stupid and making mistakes. Everything depends on the attitude and prejudice of the one who makes such judgments. But whatever you might think about Viktor Blom, the touch of his brilliance and signs of poker intelligence is clearly seen throughout his entire gaming career.

His quick progress, especially in PLO and mixed games, stands out a mile. His skills are very good for a self-taught poker player; especially given the fact that nowadays poker professionals generally pay a lot of attention to training and learning, with the help of special software. Viktor Blom has never done this, learning poker first from his brother and then moving on to practice all by himself, analyzing hands and practicing for many hours a day. This has led him to develop a high poker IQ; and of course, to become a talented player, full of potential! 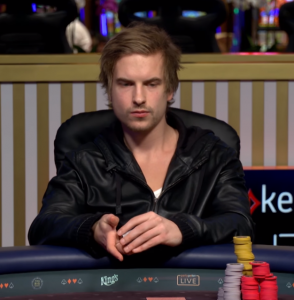 But perhaps this tendency towards self-study represents a certain weakness of Viktor Blom. Because there are most likely some limits on how much progress in poker one can make without using modern methods of learning and training. And Viktor Blom could well have reached this point!

Learning a game purely by playing it is no longer enough in any kind of professional sports. Learning and training are essential, and cannot be replaced with more playing and more practicing. And in addition to this, it is very important to choose the right, most effective way to train and learn, working well in order to progress in the game you have chosen to study. But it seems this agenda is still pretty far from being the focus of Blom’s attention.

Playing and only playing (and sometimes too much over too little a period of time!) can be quite costly in terms of the expensive mistakes that even a titled poker player is capable of making. And as Viktor Blom has admitted, this is exactly what happened to him, and not once only! Winning in poker is all about taking the right decisions at the right moments. There can be many disputes about this or that hand Blom has played; but there is a little doubt that the controversial gaming decisions he has taken have had a greatly negative impact on his net worth!

The Level of Aggression

Mentioning Viktor Blom’s overly aggressive style is merely a commonplace saying. Everybody knows that! But talking about “aggression” does not really help us to properly understand his styles. For example, when he three-bets, he surely has something else in mind except “I am the feared and fearless Isildur1.” There are many factors that influence decisions in poker, and the analysis that player must quickly run in his head sometimes is very complicated; so decisions taken might only seem “aggressive” or “conservative” when in fact, they are part of a more complicated gameplan.

The problem Viktor Blom encounters is not even “the level of aggression,” but rather the level of unnecessary risks he has sometimes taken. This partially explains his upswings and downswings, where he wins and loses millions over short periods of time. Indeed, many of his risky decisions have cost him a fortune. Like that epic bluff fail in London at 2009 WSOP Europe Main Event where he lost the £482,400 pot to the amateur from the UK, Ian Munns — this fail became legendary with over 156k views on YouTube!

On the other hand, many other risky decisions have worked well in his favor, which only confirms that reliable risk evaluation remains a challenge Viktor Blom has yet to solve. “Be aggressive, but be smart about it” — that was the advice Viktor Blom gave to aspiring poker players in 2013. Sounds like he was talking to himself, and about himself. 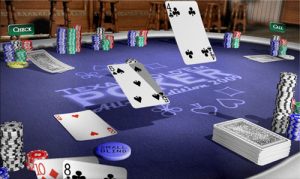 He did work to be smarter. Over time, Viktor Blom developed a sense of tournament strategy. In the past, he did not really show deep strategic thinking; he tended to concentrate more on the hands immediately being played!

And when he was already a world-class player in No-Limit Hold’em, he jumped to Pot Limit Omaha games at highest stakes possible; something which was quite premature, strategy-wise, and which eventually cost him a fortune! But he must eventually have learned his lesson and became much stronger at PLO and mixed games.

In his best tournament appearances, he was able to adjust and change his styles of play during the competition, taking into account the dynamics of the chip balance at that particular moment, as well as his own level of tiredness and his opponent’s too; as well as the local tasks that he was trying to solve at this or that part of the long tournament distance. His strategies have clearly matured over time, making him much stronger tournament fighter!

In poker, it is really rather difficult to maintain some kind of specific playing style with perfect consistency over time. Decisions a player might take at certain circumstances are almost impossible to group in order to define his playing style. The words “aggressive” or “conservative” do not explain much, as they largely ignore the complexity of the hand analysis. But Isildur1’s playing style does exhibit one key feature: any time he plays, the people expect him to bet too high and to bluff too often. Is this a unique trait of his?

Perhaps. But either way, his love for poker and the fun he gets from this game is just amazing! He plays to learn more and to have fun, and it is quite infectious; and that is why many railbirds love to watch him play.

His attitude makes him a kind of poker troublemaker: challenging the best pros, betting high and going all-in, bluffing and blowing up enormous pots. It is always interesting to watch him play poker. Someone even called him a “poker badass” — which is more than enough to make him loved by many and hated by a few!